A group of former FCC officials and distinguished practitioners before the FCC sent a letter offering support and advice to the District of Columbia City Council regarding its proposed XXXskins resolution.

Building on a letter written by George Washington University Public Interest Law Professor John Banzhaf, the signatories recommend that the City Council include in its resolution an appeal to broadcasters of the Washington, D.C. metropolitan area.

The signatories of the letter urge the Council to suggest in its resolution that broadcasters “reevaluate their use of the term ‘XXXskins’ and question its effect on ‘public interest, convenience, and necessity as required by law.’” Given that broadcasters use government-owned airwaves in exchange for an understanding that they will promote public interest, they can and should play a role in terminating the use of this racially derogative name.

The letter is addressed to Councilman David Grosso who proposed a non-binding resolution that would summon Washington Football Team Owner Dan Snyder to change the name of his team. Councilman Grosso told the Washington Post, “It’s been a long time that we’ve had this name associated with Washington, and I think it’s time we take a stand and change it.” The signatories believe that the inclusion of broadcasters in the resolution could potentially lead to the much-needed name change.

According to the Scripps Institute of Oceanography, atmospheric carbon dioxide levels will surpass 400 parts per million (ppm) for the first time in human history.

Scientists guess that CO2 levels have surpassed 400 ppm at several points in the past, such as during the Pliocene Epoch. However, scientists estimate during that period global average temperatures climbed 3 or 4 degrees C (5.4-7.2 degrees F) higher than today’s and as much as 10 degrees C (18 degrees F) warmer at the poles. Sea level ranged between five and 40 meters (16 to 131 feet) higher than today.

Activists across the country are campaigning to reduce carbon dioxide levels to 350 ppm–what many scientists consider to be the safe level of atmospheric carbon dioxide.

Robert Monroe, “What Does 400 ppm Look Like?” Scripps Institute of Oceanography The Keeling Curve, April 25, 2013.

We would like to congratulate the State Legislature of Hawaii for passing Senate Bill 1087 (SB 1087), innovative legislation authorizing the first ever combination of bond financing and on-bill repayment for clean energy infrastructure, including distributed generation solar PV systems.

SB 1087 will make it less costly to deploy clean energy projects in Hawaiiby creating a loan fund capitalized by low interest utility tariff-financed bonds sold to private investors such as pension funds.  SB 1087 will also make it easier for all Hawaii residents to finance solar PV hosted at their residences or businesses by providing them access to low cost loans from the loan fund that can be repaid through on-bill repayment on their utility bill. ClimateWire explains that, “because consumers will pay those back with their monthly power bills, the packages become lower-risk and easier to sell.” The state plans to make $100 million in bonds available as a start. Neil Abercrombie, Hawaii’s Democratic Governor, is expected to sign the bill which would take effect next year.

One benefit of this program is that “everybody, regardless of economic means, can access these alternative energy devices,” as stated to ClimateWire by Lowell Kalapa, President of the Tax Foundation of Hawaii. Previously people with sufficient upfront capital (or the access to capital) were the only ones installing solar PV and taking advantage of available tax credits. With this program, lower-income residents and those who can’t obtain bank loans will have access to low cost financing for solar PV. Additionally, renters of homes will be able to install solar PV panels with the approval of their landlords because the payment is attached to the meter, not the tenant.

As explained to ClimateWire by one of the creators of the concept of Property Assessed Clean Energy – “For the first time, the type of low-cost bond financing that has been available for utilities to build power plants is being made available for homeowners to put solar on their roofs.”  He further explained that “this just changes the whole ballgame” and “if it is successful in Hawaii, it will be model that other states will look to.”

CGC has been working with the Hawaii State Legislature for several years to promote low cost financing mechanisms for the deployment of reasonably priced clean energy. The state goal is to have 70% clean energy by 2030; one of the highest in the country. We hope other states will follow Hawaii’s example and adopt similar financing mechanisms.

At the end of last summer, the Obama Administration finalized its historic “54.5 MPG by 2025 “ fuel-efficiency standards. These new fuel efficiency standards require that the U.S. auto fleet (cars and light-duty trucks) average 54.5 miles per gallon by 2025. If successful, these standards would nearly double today’s average fuel efficiency. Luckily, a new report by Jack Gillis and Mark Cooper of the Consumer Federation of America suggests that this goal is not out of reach.

Released just this April, the report presents the results from a series of surveys about American consumers and summarizes numerous government and auto-industry actions, suggesting that 54.5 mpg by 2025 is not only desirable, but also feasible. Government action has served as a catalyst to this trend since 2007, when Congress passed legislation that re-started the fuel-economy standards program. In 2008, the legislation was followed by a tightening of fuel-efficiency standards, sending clear signals to automakers.

Sensing the beginning of a long-term, government-regulated trend, automakers began selling a variety of hybrid and electric vehicles and improving fuel-efficiency standards across all models. In the last five years alone, the number of vehicles getting more than 30 mpg has quadrupled (from 1.3% of all existing models to 9.3%). Although there has always been consumer demand for more fuel efficient cars, introduction of new government standards served as a much-needed catalyst for automakers.

To spur government demand for fuel-efficient cars in the government automobile fleet, Dan Tangherlini, the acting Administrator of the General Services Administration, announced that he will now offer hybrids at the same price as standard sedans. Tangherlini said he is able to remove the extra charge that use to be associated hybrid vehicles because hybrids will ultimately save the administration money through decreased fuel costs. Tangherlini is looking to replace 10,000 cars in the federal fleet with new hybrid vehicles.

This combination of demand, supply, and government standards lays a solid foundation for the 54.5 mpg by 2025 plan. While these favorable trends in the auto-industry continue, we should analyze this trend in other energy industries. Why isn’t demand for solar where it needs to be? How can government emission standards catalyze more wind deployment? How can we achieve this perfect balance of supply, demand, and regulation elsewhere?

What If We Never Run Out of Oil?

A recent article published in the Atlantic by Charles Mann, makes the reader think about the seemingly-ludicrous question: What if we never run out of oil?

The question is prompted by a discussion of methane hydrate—a crystalline natural gas found under areas of permafrost and in the ocean floor. This resource is estimated to be twice as abundant as all other fossil fuels combined and has a total volume equal to that of the Mediterranean Sea. The fuel burns like natural gas; however, it burns clean. Discoveries like this seem to support the view of many social scientists that natural resources are not a finite physical entity. Rather, one can think of natural resources as an economic judgment. If demand for one resources plummets and the market stalls, then it’s time to innovate and develop a new market.

Complications abound in a world governed by purely economic judgments, yet don’t they also in a world facing finite resources? 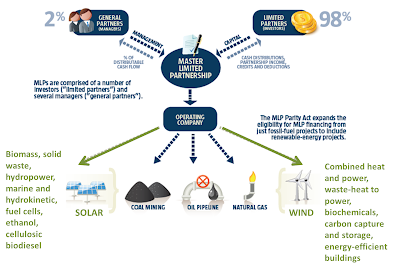